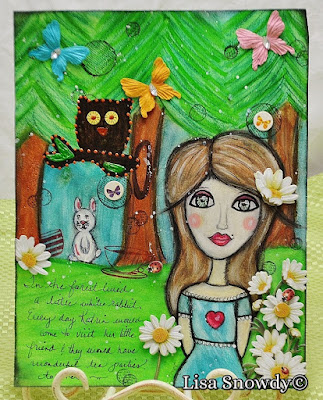 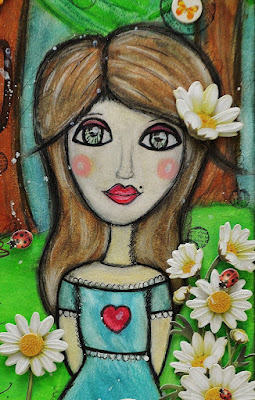 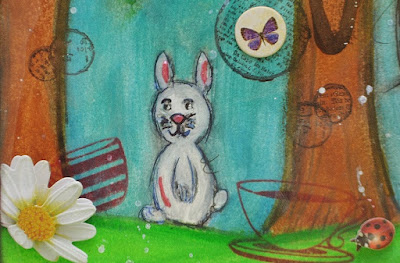 The pl above was created for my pal in Germany, Katrin, and it's not your typical pocket letter. I created a mixed media art journal page for her which I placed in a clear protective sheet cover. Being that we swap on a personal basis I knew she'd be okay with the change from the typical 9 pocket format. I placed her crafty goodies in a separate bag since there were no pockets. I asked her for details like eye and hair color and used that info in creating my mixed media girl. Over at PLP's I'm known as White Rabbit so I took a page out of Alice in Wonderland and created a scene where Katrin and her White Rabbit pal have occasional tea parties in the forest. I wrote that out on the page and it had to be in a forest because that's where Katrin grew up. I'm thrilled she loves it, she's a wonderful Pocket Letter Pal and I always look forward to her pocket letters.

Next up is a pocket letter I created for my pal, Aretha, and it was for a group swap at PLP's. The theme was horses and this is what I came up with. I should note that Aretha actually trains horses for a living and works primarily with American Saddlebred and Tennessee Walking Horses. She visits the Nashville area every six months which is cool because our children live there and we visit quite often. It would be nice to meet one of my Pocket Letter Pals in real life. :) Also I want to note that if you'll look in the top left corner you'll see her with a horse she trained. Personally, I think she has a dream job! 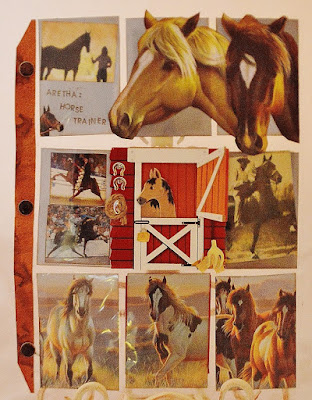 By the way, have I ever mentioned how much I love horses? Well I do, my dad bought my first horse when I was 3 years old and we were living in Ogden, Utah. She was a black Shetland pony named Princess (original, right?). In the meantime my sister was born and we moved to Fairbanks, Alaska where instead of horses we had bunnies (which is probably where my love of rabbits started). Later we moved to Louisiana and this time my dad bought acreage so we could have several horses and he raised cattle as well. It's there that my sister and I each a Shetland pony, mine named Duke and hers named Angel. Back in those days a popular show on TV was The High Chaparral, does anyone remember it? Well our dad built a large western style playhouse for us to play in and he fenced in the area and we called it - wait - The High Chaparral. Okay, definitely not original but we loved that show so it couldn't be named anything else. I can't tell you the countless hours we spent riding our horses and playing in that house. Nor can I tell you how much dirt I swept off our floor and loved every minute of it. Those were truly the good old days and we were lucky to have a wonderful dad like ours. They're both together now in heaven and I wonder if they ever talk about those days, nah they have better things to do. I know I'll never forget those days, thanks for letting me reminisce a little.

Next up is a coffee themed pl I created for my pal, Aparna, in India. Originally she reached out to me on Facebook and later I learned she was a member of Pocket Letter Pals. Her name on PLP's is Avi so that's why you'll see that name on a few of the coffee cups I stamped by Verve Stamps. A disclaimer here- I used images from Pinterest, Etsy and Google on this pocket letter. It's for her personal use only and not for commercial use or sale. It's simply a pl that I shared with a friend about something we both love - coffee. We're regular swap partners and this is one of the things I most enjoy about being a PLP, meeting people from all over the world and learning about them and their life in the country they live in. I'm a Curious George by nature and I love how different, yet similar, we all are. :) 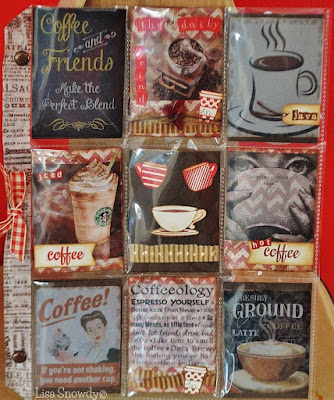 Sorry for the glare, here are a few close ups so you can see better. 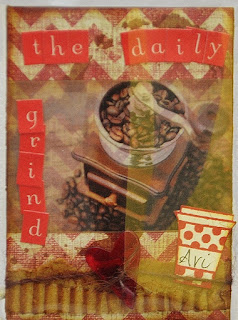 I printed several of these out on vellum then layered onto brown cardstock or the chevron designer paper. Guess it made it hard to photograph but I love the layered look in person, she did too! 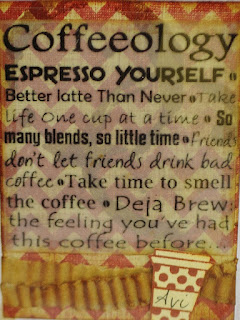 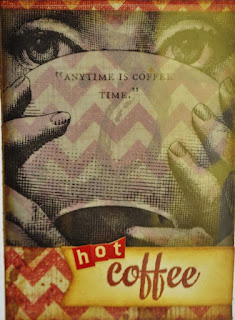 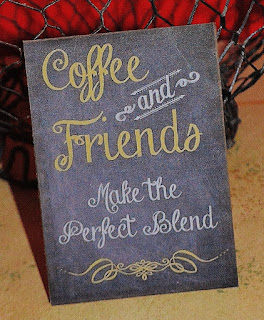 Think this is the one I found on Etsy, had to have it.

The last two I have to share today are Easter pocket letter's.

First up is my pal, Mary, from Florida who I swap with on a regular basis. I was in Michael's a few weeks before Easter and saw these adorable felt bunnies and flowers and they played a major role on my pl's. After rummaging in my stash I decided to finally cut some vintage images from my Crafty Secrets spring sheet. I've been hoarding it too long and it was time. The bright cheery colors of spring are always welcome and they're such a reprieve from drab winter weather and colors. I'm happy she likes it and we've already set up our next swap for the end of May. 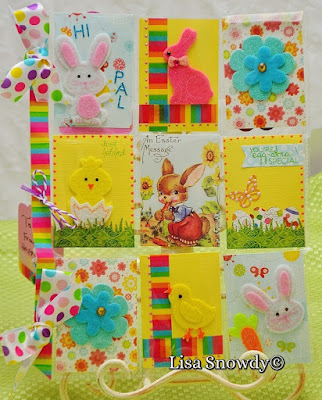 The final pocket letter of March went to my pal, Nori, in Massachusetts and this was our second swap. I kept with the felt bunnies and flowers and again with the vintage images from Crafty Secrets. She loves fabric and trim so I added some orange crochet trim to the middle row. I'm so happy she likes it! 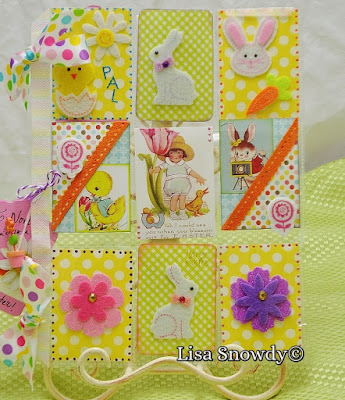 Well that's it for the pocket letters I created for pals over at Pocket Letter Pals. Tomorrow I'll be sharing all of the wonderful pocket letters that they created for me and you won't want to miss that post. I have some talented and creative pals. :)

Posted by Adventures in Paperland at 10:00 AM

Each and everyone is just wonderful Lisa..my Grandaughter would love the horse one..I better not let her see it or she will want me to make on..lol..I would not know where to start..

oh goodness what nice stroll though so many happy little pocket letters! I really enjoyed how you strayed from the format on the first one and totally dig the White Rabbit nick name! Fun times and happy mail!

I love studying your pocket letters, Lisa. So much detail and many different techniques and design, so much inspiration to take in. Sounds so much fun to have pl friends.